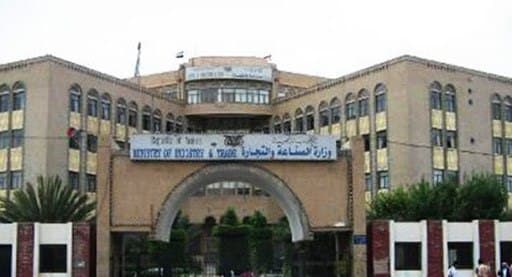 SANAA, Dec. 06 (YPA) – The Ministry of Industry and Trade condemned US-Saudi aggression’s bombing of food stores belonging to Yahya Suhail Company, in the capital, Sanaa, which led to the destruction of the company’s warehouses and car, in addition to damage to nearby houses, in addition to injuring a number of citizens.

In a statement, The Ministry condemned the continuing of the US-Saudi aggression by targeting commercial and industrial establishments and civilian objects.

The ministry called on the international and humanitarian organizations, unions and International Chambers of Commerce and Industry to put pressure on the countries of the coalition of aggression to stop targeting factories and commercial installations.

It further called for the neutralization of economic, industrial and commercial establishments, as they are civilian, and targeting them would harm the food needs of the Yemeni people, noting that targeting them is a crime against humanity.

The statement held the United Nations and the international community responsible for the continuation of the aggression and siege and targeting the economic capabilities of the Yemeni people.