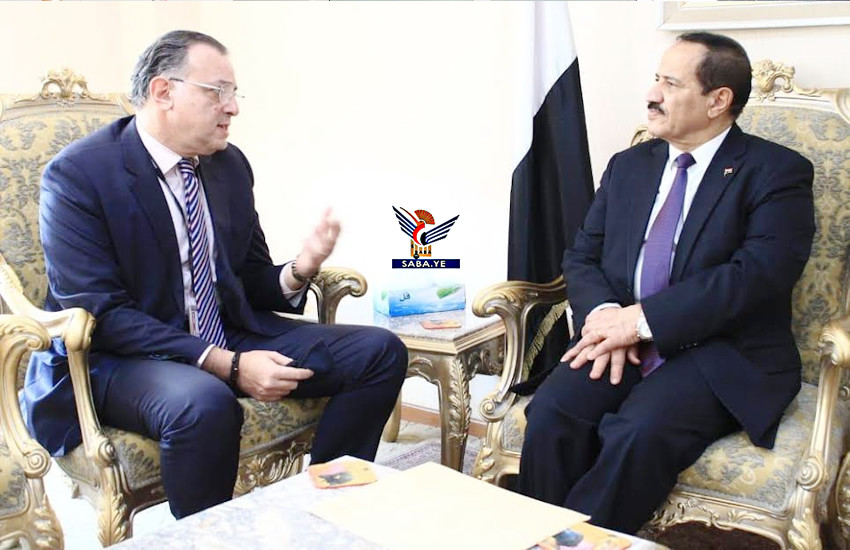 In the meeting, Sharaf indicated that the continued obstruction of the entry of fuel ships has caused a near complete halt to a number of medical and health facilities.

The foreign minister explained that the continued closure of Sanaa International Airport to civil and commercial flights has caused the death of many patients who need treatment abroad, in addition to disrupting the business and activities of the private sector.

He noted that many of those who wish to study abroad could not travel due to the deteriorating security situation on the roads leading to the airports of the areas, which are under the control of armed groups loyal to the aggression forces.

WHO’s resident representative assured the organization’s constant endeavor to strengthen the relationship with the Ministry of Public Health and Population and various local health centers and institutions to provide health services to the Yemeni people in light of the current conditions they are going through.