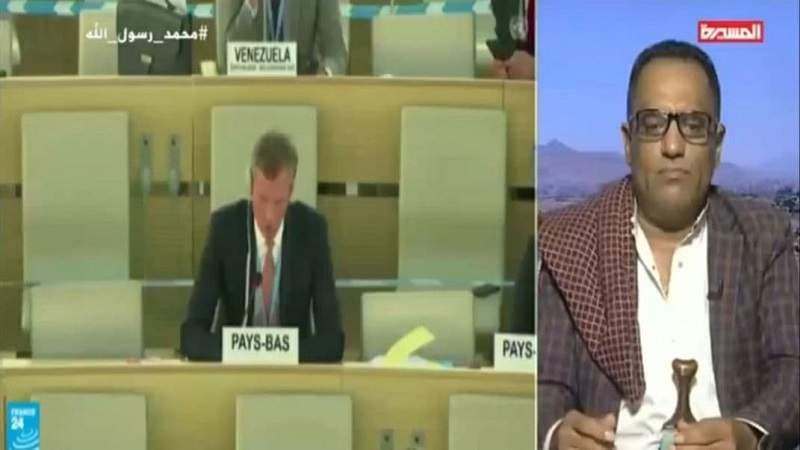 SANAA, Oct. 09 (YPA) – Spokesman for the Supreme Council for the Management and Coordination of Humanitarian Affairs, Talaat Al-Sharjabi, said that the failure to extend investigation into violations and crimes is the new UN way to conspire against the Yemeni people.

Al-Sharjabi called for an independent international commission of inquiry with full powers to investigate war crimes in Yemen and he stressed that Qatar played a dirty role with UAE and Saudi Arabia in pressing to end the work of the international experts.

He pointed out that the reports of the Committee of Experts did not exceed 30% of the actual percentage of violations of international and humanitarian law in Yemen.

Al-Sharjabi explained that Saudi regime exerted pressure to stop the experts’ work for fear of condemning the United States, Britain and France for war crimes in Yemen.

“The Chairman of the Committee of Experts talked about Sana’a facilitating its work while the US-Saudi coalition did not help the committee and it obstructed its work” Al-Sharjabi said.

He added “Saudi Arabia has managed to escape from punishment until this now due to distancing itself from accountability, and Saudi money has succeeded in buying positions and countries.”

Al-Sharjabi also stressed that the perpetrators of war crimes will never escape punishment and will not escape accountability even after years.

He indicated that the United Nations is a key partner in the US-Saudi aggression against Yemen and is directly responsible for war crimes in Yemen, after its identification with killers and criminals.

“We have the strength of the case and our belief in it, and the criminals will reach the hand of justice” he said.