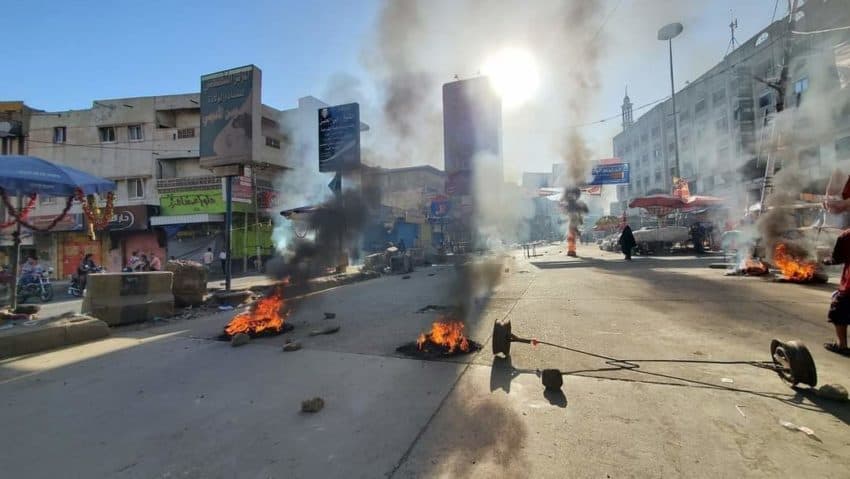 TAIZ, Sept. 27 (YPA) – Dozens of citizens staged on Monday an angry protest rally in Taiz city against the collapse of the currency, corruption, and high prices.

Eyewitnesses reported that the angry protesters blocked most of the city’s streets with burning tires, and chanted with slogan calling for the Saudi-led coalition and the Hadi government’s forces to leave the city.

During the protests, the Islah militias fired heavily at the demonstrators in Jamal Street Bridge, arresting a number of protesters.

The demonstration coincided with the traders’ announcement of a comprehensive strike in protest against the economic deterioration and the collapse of the currency in the city.

For several days, Taiz has witnessed angry protests calling for the dismissal of the “Hadi government” and an end to the economic decline and the collapse of the currency.