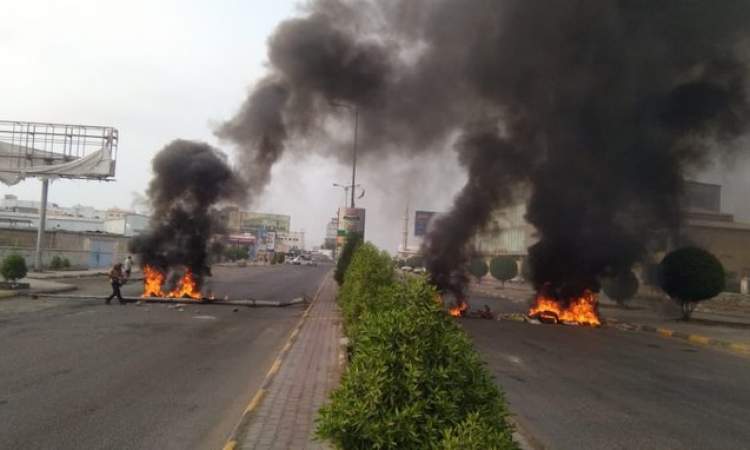 ADEN, Sept. 15 (YPA) – Medical sources in Aden on Wednesday revealed a shocking toll of protest victims and clashes that broke out during the evening between Saudi-led coalition-backed security factions and angry citizens, who are protesting against the deteriorating situation in the UAE-backed STC-controlled city.

More than 23 wounded have arrived at the city’s hospitals, the sources said, adding that two people were killed, one of them at dawn when unknown assailants targeted a gathering in Sheikh Othman district.

Local sources said that dozens of city residents, mostly from the Crater directorate, were arrested from hospitals while they were in critical conditions and their fate still unknown.

Aden has been the scene of a massive uprising since Monday night, which calls for the departure of the UAE-backed Southern Transitional Council (STC) Hadi government and the coalition forces, and denouncing the policy of the starvation against citizens.

Power outage caused complete paralysis in the city, a huge wave of anger, especially after the recording of fainting cases due to extreme heat.

Aden and other southern provinces, in addition to the power outages, are suffering from a rise in food prices amid an unprecedented collapse of the local currency, not to mention a near-total suspension of public services.

FM: Yemen is not a source of terrorism