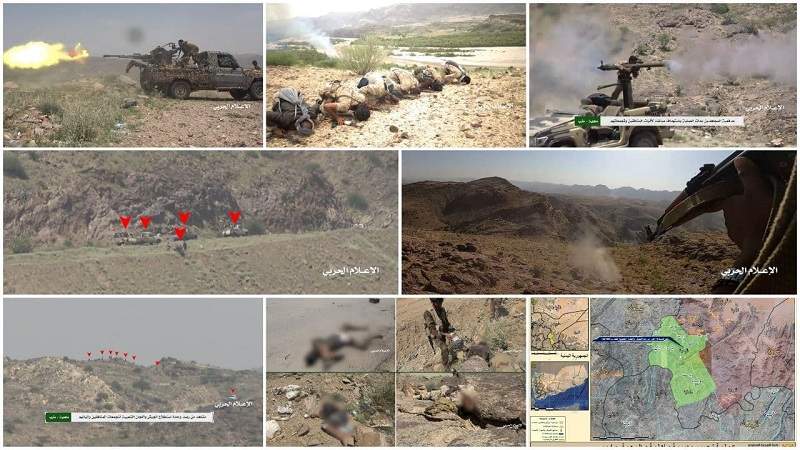 MARIB, Sept. 11 (YPA) –  The military media of the Yemeni army on Saturday released video footage of the third phase of a military operation Dubbed  “Al-Nasr Al-Mubin”, which was carried out by the Yemeni army and the Popular Committees in Marib province.

During the operation, the Yemeni forces were able to liberate a total area estimated at 1,200 square kilometers in the districts of Rahbah and Mahliyah.

The video shows the army forces storming the coalition military positions and clash with the mercenaries.

The operation began by attacking the fortifications of the mercenaries and their positions, which led to their massive escape.

A large quantity of weapons seized during the operation, including US weapons bearing the motto of “USAID”.

The operation resulted in the killing, wounding and capturing of 151 mercenaries loyal to Saudi-led coalition.

341 of young livestock seized in Sanaa

#Breaking: #Sirens are heard in many #Gaza’s envelope