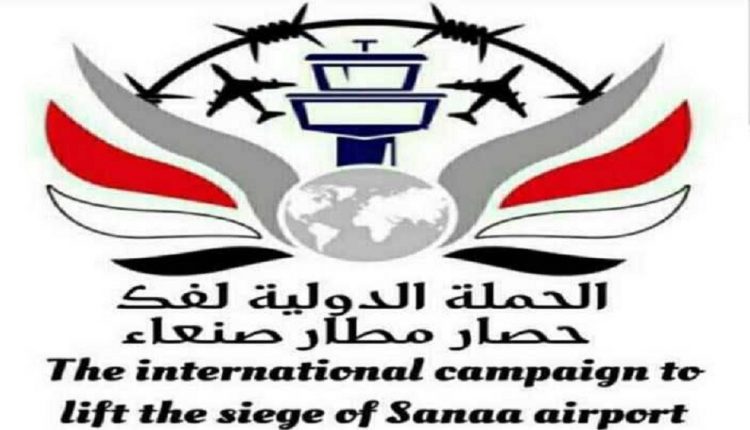 SANAA, Sept. 11 (YPA) – The International Campaign to lift the siege of Sanaa Airport on Saturday condemned the murder of the American citizen of Yemeni origin, Abdulmalik Al-Sanabani, by the UAE-backed Southern Transitional Council militia in ‘Tor Al-Baha’ area in Lahj province.

The campaign considered, in a statement today, that this crime does not concern Al-Sanabani’s family only, but rather “a crime against all Yemenis, and threatens all members of the Yemeni community in the world and every Yemeni returns to his country through the Yemeni territories occupied by the Saudi-led coalition.”

The statement held the coalition countries, led by America, as well as the United Nations, responsible for Al-Sanabani’s blood, who was killed unjustly and aggressively without any guilt except that he longed for his country and returned through Aden Airport after the coalition closed Sanaa Airport, which is the only artery for the continuity of all aspects of life for the Yemeni people.

The statement called on all members of the Yemeni community, Arab and Islamic communities, and every free person in America and the world to condemn this shameful crime and to demand the protection of the rights of Yemeni civilians and the opening of Sanaa International Airport as a humanitarian and legitimate right and an urgent need.

The campaign leadership also called on all its teams in America and the world to move quickly to expose this crime against the Yemeni people, confirming that the coalition is targeting Yemenis in an abhorrent racist manner, as the martyr Al-Sanbani was holding American citizenship.

Russia reveals direct confrontation with US destroyer in Japan Sea ​​