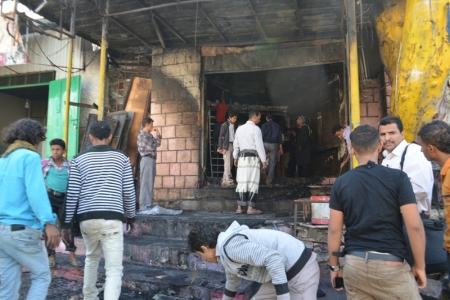 The sources confirmed that the gunman targeted al-Sadara pharmacy in al-Akhwah round in the middle of the city, injuring several people and causing heavy damage to the pharmacy.