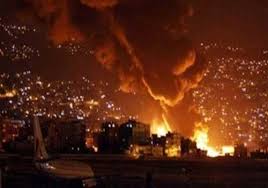 Earlier the day, the special envoy of the UN Secretary-General to Yemen, Marten Griffith, left Sanaa after three days-long visit to the country.

In a press conference held before his departing Sanaa International Airport, the UN envoy described his talks in Sanaa as fruitful.

He expressed his concern about the recent military escalation of the Saudi-led coalition in the west coast and its impact on the political process.

“Many experts are very anxiety about the attack on Hodeidah and the avoidable grave humanitarian consequences that would follow. I am also concerned about the impact of such attack on the political process,” the UN envoy said.

#BREAKING: #LAHJ: #Yemen army foils an infiltration of Saudi-backed militias toward al-Shoraija area in Karish ,killing and injuring several of them.