In Video: Abu Fadel Towmar is martyred during rescue of wounded in Jawf 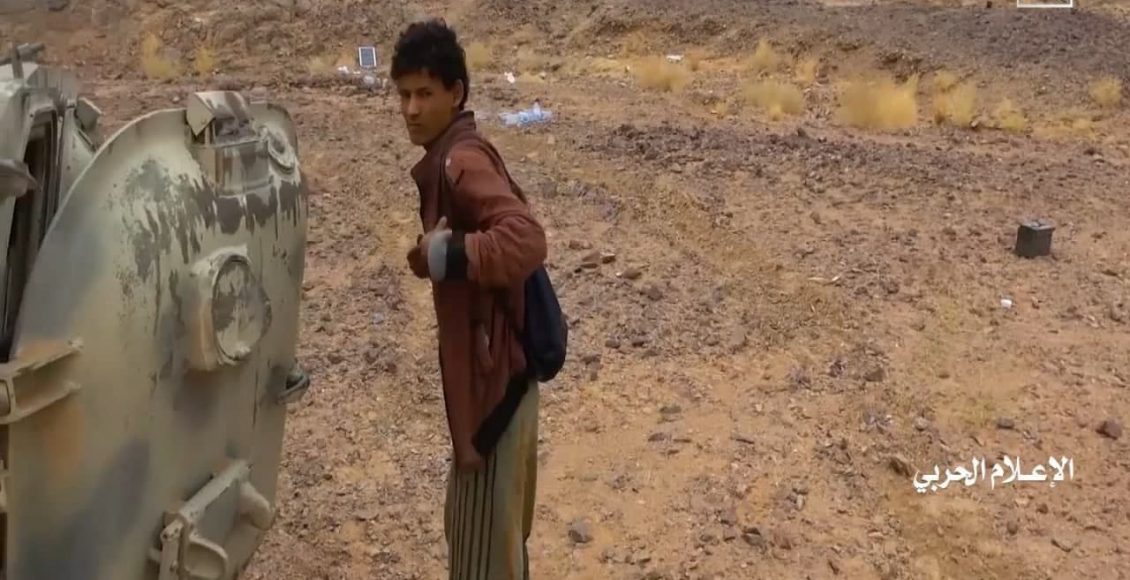 JAWF, Jun. 25 (YPA) – The Yemeni military media has on Friday released video footage showing a heroic rescue operation carried out by a Yemeni resistance fighter who was martyred while trying to rescue his wounded brothers trapped in a military post in the Al-Marazeeq front of Jawf province.

The scenes documented the heroic operation carried out by martyr Abu Fadel Towmar, during his attempt to break the siege on his fellow fighters in Al-Dahidha area.

He was able to transfer several wounded out to safe places, driving them through roads surrounded by enemy fire.

In the first attempt, Abu Fadel used a military armoured vehicle that enabled him to reach the besieged fighters and provided them with equipment and evacuate their wounded.

During his return trip, the armoured vehicle was damaged, but he managed to drive it to a safe place.

In the second run, he used a pickup vehicle, and was able to pass by enemy fire to reach the wounded.

However, once again during his return the enemy fire damaged his ride, but this time too, he insisted to lead the wounded to safety, in which he succeeded.

During his third rescue mission, Abu Fadel Towmar boarded another vehicle to continue the rescue of the wounded, but as soon as he reached an area near to them, enemy fire hit the car and disabled it.

Unfazed by the danger Abu Fadel Towmar got out of the vehicle and continued on foot towards the wounded he wanted to rescue.

However, enemy fire fell upon him from all sides quickly while he was in open terrain, eventually resulting in his death and heroic martyrdom.

Following his martyrdom, the Yemeni army forces launched a large-scale operation in the same area and within hours were able to liberate Al-Dahidha area.