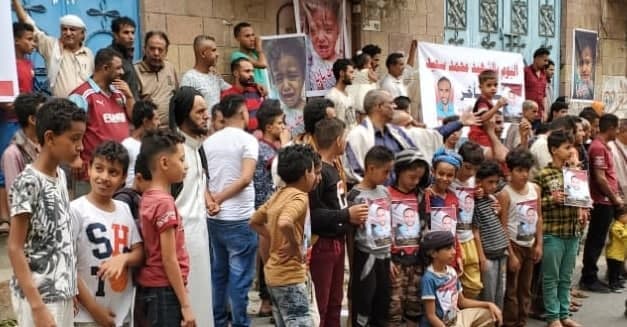 TAIZ, Jun. 23 (YPA) – Dozens of citizens in the city of Taiz carried out on Wednesday a protest rally to condemn the security chaos.

In the rally, organized in the Saudi-led coalition-held city, the protesters demanded security authorities to bring killers to be accountable and achieve the security in the city.

They also uploaded pictures of the dead “Mohammed Saeed,” who was killed as a result of clashes between groups of the so-called 22 Mika Brigade led by “Bakr Sarhan” and military vehicles affiliated with the security authorities earlier this week.

The security chaos in the city of Taiz, which is under the authority of the Saudi-backed Islah party, caused killing dozens of the city’s residents as a result of clashes between the military coalition factions daily.