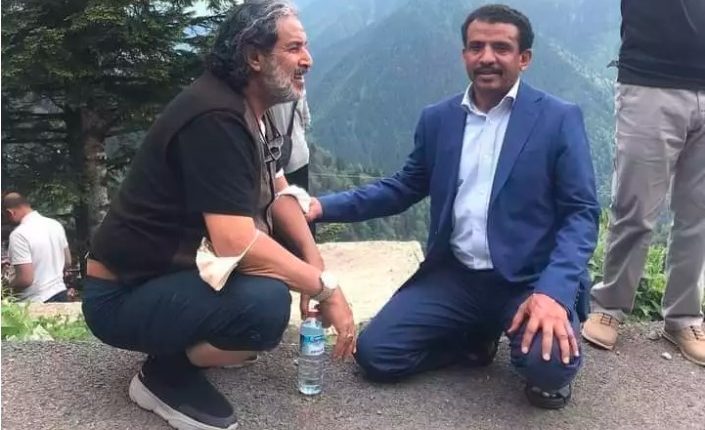 SANAA, Jun. 20 (YPA) – Sheikh Amin al-Okaimi, appointed by the exiled Hadi government as Jawf governor and supported by the Saudi-led coalition, has provoked activists after his escape and appearance in Turkey.

Dozens of activists on social media launched an attack on al-Okaimi, who published his photos being appeared in the high mountains of Turkey.

The activists considered the appearance of “al-Okaimi” from one of the mountains of Turkey after he fled Yemen, as a disregard for the blood that is fighting for the so-called “legitimacy.”

They explained that the leaders of the Islah party eventually fled to live in luxury countries in search of comfort and recreation on the blood of the young people who are involved in the battles on various fronts in Yemen.