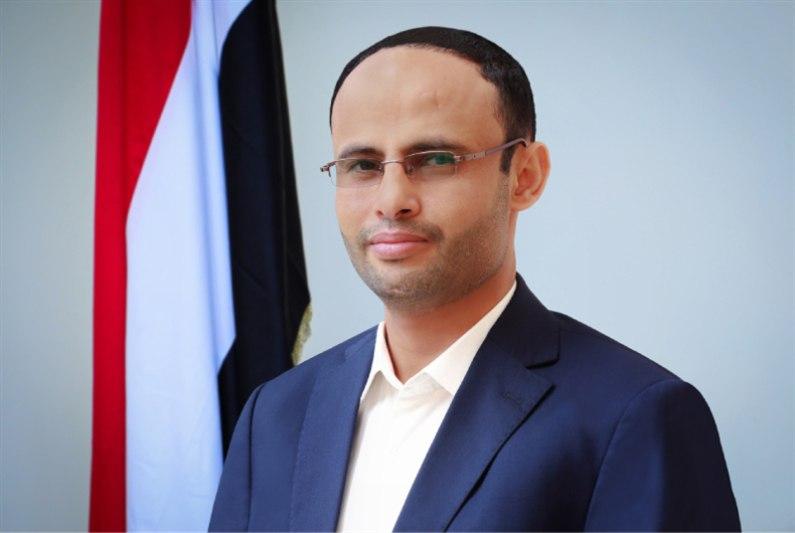 SANAA, May 12 (YPA) – President of the Supreme Political Council, Mahdi Al-Mashat, warned the Saudi-led coalition countries for the ongoing economic siege imposed on the Yemeni people for 7 years.

In his speech on the occasion of Eid al-Fitr, Al-Mashat said the use of aggression countries, backed by America, the economic siege as a card in their aggression, is a war crime, according to international and humanitarian laws.

He alerted the countries of the Saudi aggression and the United Nations against disregarding the tragic humanitarian situation of the Yemeni people and the continuation of the suffocating siege.

“At a time when talking about peace, the US-backed Saudi aggression countries have tightened the siege, escalated their air raids and crimes against civilians, and therefore any statements or agendas are not accompanied by practical steps to alleviate the humanitarian suffering of the Yemeni people and lifting the siege will remain propaganda to cove on the crimes of aggression and its blockade,” Al-Mashat added.

Mr. President congratulated the leader of the revolution, Sayyed Abdul-Malik al-Houthi, the heroes of the army and the popular forces, and the security men, as well as the Yemeni people and the Arab and Islamic nation on the occasion of the blessed Eid al-Fitr.