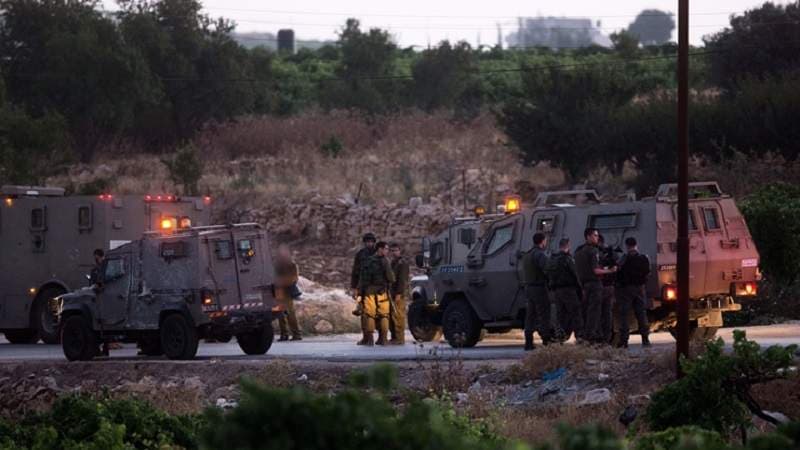 SANAA, May 04 (YPA) – Palestinian sources said early Tuesday that shooting  had been reported  at the Jalama checkpoint northeast of Jenin.

The sources explained that Israeli occupation forces stormed the village of Aqraba, south of Nablus, to search for the attacker of Operation Zaatra in the village.

The sources noted that the occupation prompted military reinforcements to the town of Turmus Ayya, north of Ramallah, after it  was stormed with the “Al-Yamam Special” unit.