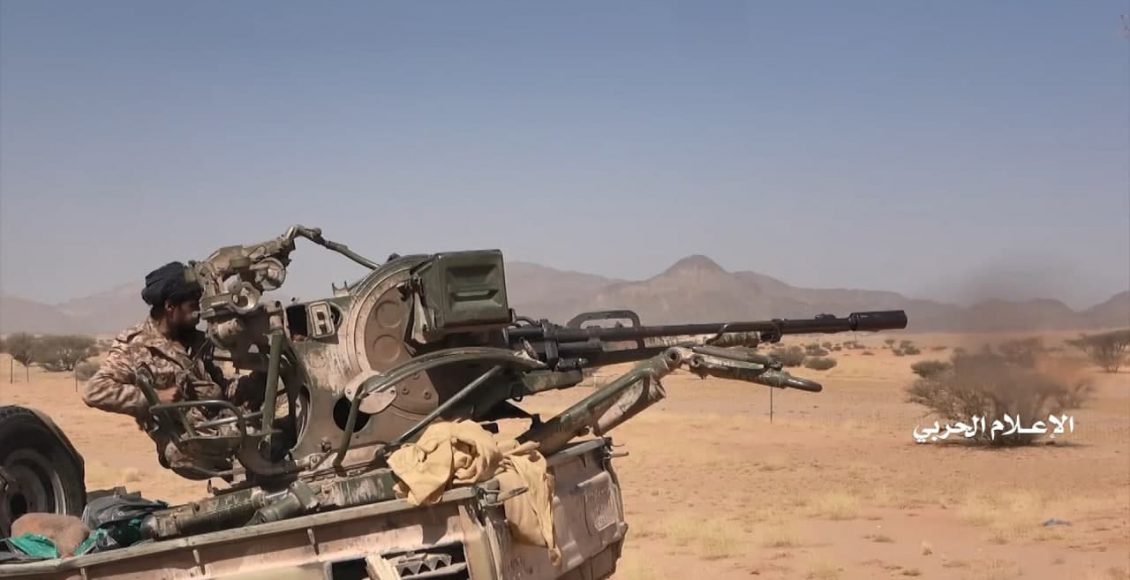 JAWF, April 12 (YPA) – The military media of Yemeni army has on  Sunday released a video footage showing the army forces  launching an offensive against Saudi-led coalition forces and their mercenaries in Jawf province.

The video showed the army forces storming sites of the mercenaries and liberating several hilltops in Al-Ajasher desert.

According to the military media, the Saudi-backed mercenaries suffered heavy casualties during the attack.

#Breaking: #Military_spokesman : #Yemeni armed forces announce the implementation of “30 of Shaaban operation” on several areas in #Saudi_Arabia in response to the escalation of aggression and its unjust siege