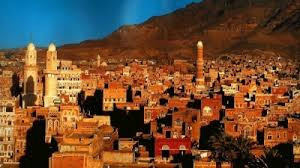 SANAA, Aug. 3 (YPA) – The General Authority for the Preservation of Historic Cities on Monday called on the United Nations Educational, Scientific and Cultural Organization (UNESCO) to launch a global appeal to save the ancient cities of Sanaa, Zabid and Shibam Hadramout, which are inscribed on the World Heritage List.

The authority said in a statement that the cities are currently exposed to the dangers of heavy rain and torrents witnessed by Yemen recently, which constitutes a threat to them, especially after the collapse of a number of the landmarks and homes of these cities.

In its statement, the authority indicated to other historical Yemeni cities that are exposed to damages due to the heavy rains and floods, such as Thula and Hababa cities in Amran province, and other cities and historical monuments across the country.

The General Authority for the Preservation of Historic Cities also called on Yemeni international and local organizations and businessmen to support the local efforts to protect these cities.

2 women, child killed due to house collapse in Sanaa