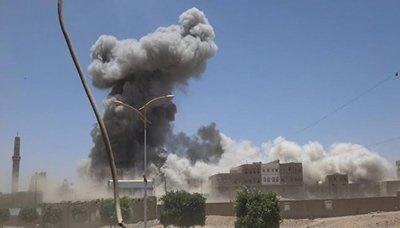 The coalition waged 11 raids on several areas of Jawf province, including three raids targeting travelers on public road in Matamah district, killing two citizens and destroying a vegetable lorry, six on Khab and Shaaf, three on Khanjar area, causing heavy losses and one on the district of Al-Zahir, targeting communication network in this district.

The official said that Al-Tarek area in the border district of Razeh was bombarded by Saudi army, inflicting heavy losses upon citizens’ propriety.