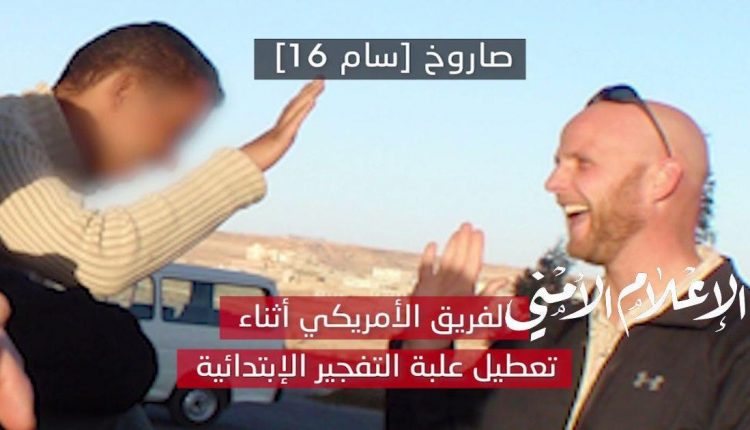 The scenes document the US systematic destruction of Yemeni air defenses and the complicity of the former regime.

An official security source said earlier that new video prove the US’s involvement in the destruction of Yemen’s air defenses between 2007 and 2014.

The US has consistently failed to reduce its sources of power by focusing on collecting, disrupting and destroying everything related to the republic’s air defenses, the Official News Agency Saba reported.

The source stressed that what will be presented is only one aspect of the criminal practices of the United States of America to inform the public about the reality of the American role towards Yemen and the Yemeni people.

On February 27th, the Yemeni interior ministry revealed the destruction of air defense missiles under the supervision of US officers and traitor Ammar Mohammed Abdullah Saleh in al-Jada’an area in 2005.

The destruction of air defense weapons was carried out with the help of the traitor Ammar Mohammed Abdullah Saleh, who took over through the National Security Agency at the behest of his uncle, the traitor Ali Abdullah Saleh, the responsibility of persuading defense officials to withdraw the missiles and destroy them with the help of the United States of America through the Office of Weapons Removal In exchange for the privileges they get.

#Breaking: #Saudi-led coalition wages 15 airstrikes on #Jawf in the past few hours