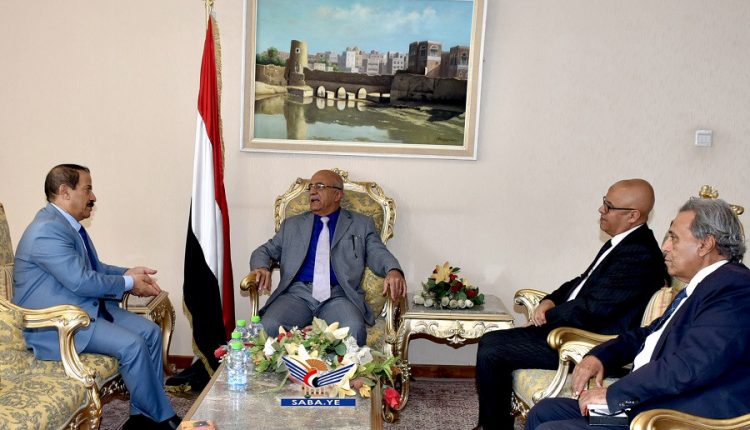 During his meeting with Foreign Minister Hisham Sharaf, al-Rahwi noted that Yemen is eligible to cooperate with BRICS countries, for its stature on the Silk Road and its important geographical location overseeing Bab al-Mandab strait.

The Political Council’s member was briefed, during the meeting, on the Foreign Ministry’s efforts to enhance cooperation with countries that did not participate in the aggression against Yemen.