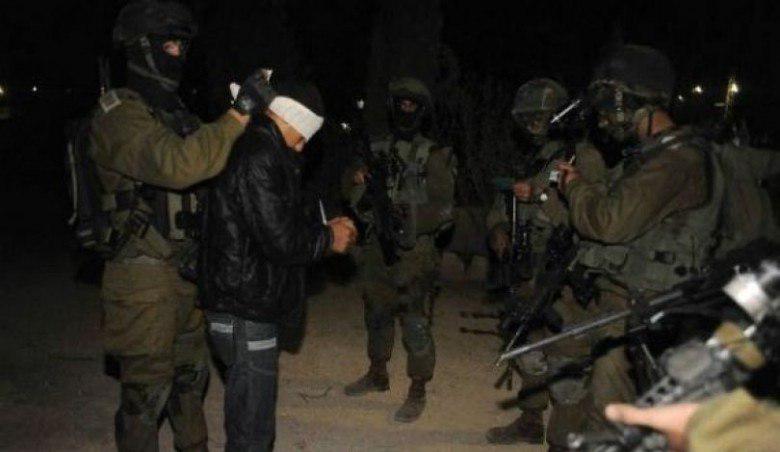 SANAA, March 28 (YPA) –  Israeli occupation forces arrested at dawn on Thursday 13 Palestinians in West Bank, while the towns of Azzun and Khirbat al Ashqar were raided in Qalqilya.

The occupation also raided and searched a house in Halhul, north of Hebron. Ahmed Subhi al-sous, 17, was arrested in al-Fawar camp overnight, while the entrance to the camp was closed and citizens were barred from entering or leaving camp.

Youths targeted an occupation army with incendiary bottles during their raid Azzun and Ezbet al-Ashqar towns, east of Qalqilya

Clashes erupted between youths and the Israeli occupation forces in the vicinity of Balata refugee camp, east of Nablus, at dawn hours.