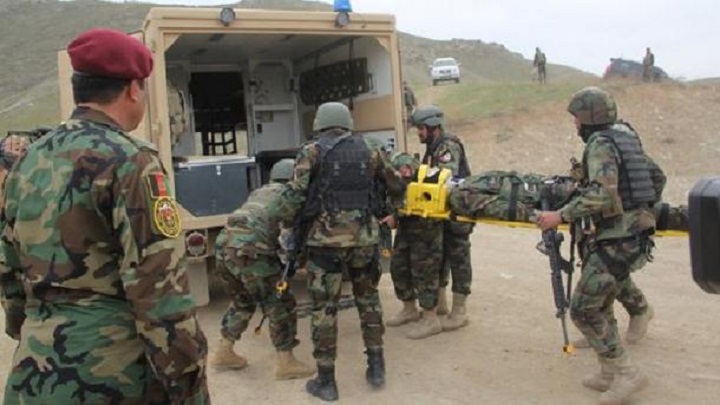 According to Talo channel, Afghan adviser to the provincial government office of the province of Zia Haq Fairuz Kawahi said on Tuesday, “Dozens of Taliban fighters, armed with machine guns and other heavy weapons, launched attacks on checkpoints in the area of ​​Mukor, 15 km north of Nao Castle, on Monday evening and the clashes resulted in the killing of 11 policemen.”

He added that many militants were killed or wounded, too, during the clashes, which lasted about 4 hours.

The number of Afghan security forces’ victims rose to more than 30 in the province, 555 km northwest of Kabul.

On Sunday night, more than 20 soldiers were killed, 10 wounded and 28 captured by the Taliban, after a large number of Taliban militants attacked an army camp in the neighboring Bala Morghab district.