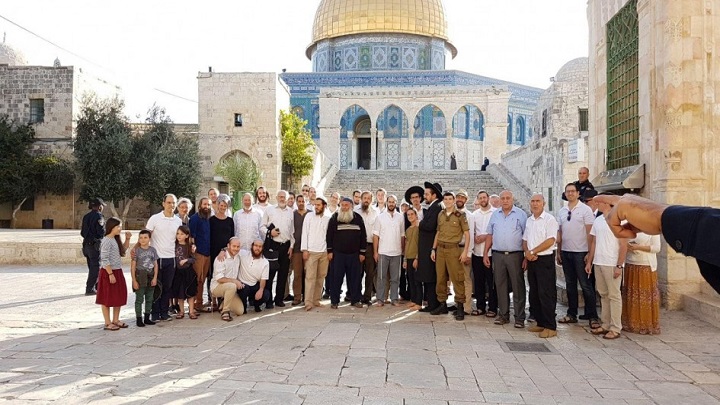 SANAA, March 12 (YPA) – Dozens of Zionist settlers stormed on Tuesday the courtyards of Al-Aqsa Mosque, under strict protection from forces of the Zionist enemy.

According to Palestinian media sources, the settlers stormed al-Aqsa Mosque since the morning hours, and toured the courtyards in a provocation and a challenge to the feelings of Muslims.

In a separate context, the forces of the Zionist enemy launched a campaign of arrests and raids in a number of cities of the occupied West Bank and Jerusalem.

According to the agency “Palestine Today” that the enemy forces arrested 11 Palestinians from the cities of Jerusalem, Bethlehem, Qalqiliya, Hebron and Ramallah after raiding homes and tampering with their contents