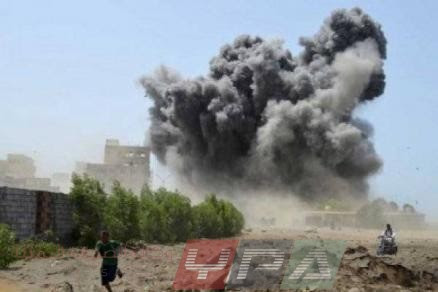 SANAA, March 25 (YAP) – The Ministry of Human Rights on Sunday said the continuing Saudi-led coalition air attacks on the Yemen people that killed and injured over 600,000 civilians, including more than 247,000 children since March 2015.

In a press statement of the minister obtained by Yemen Press Agency, said that a total of 2,949 children and women including to 8,979 men were injuries or maimed due to of the Saudi-led coalition’s direct airstrikes as well.

The statement also said that the Saudi military aggression indirectly caused in killing of 296,83 civilians.

More than 247,000 children were lost their lives due to severe malnutrition, and 17,608 civilians were died because of incapacity to travel abroad to seek medical cures.

1,200 people were died of kidney failure, others 2,236 of cholera diseases and a total 450 pregnant women also suffered the miscarriages.

2,361 civilians were killed and injured in by Saudi-backed militants loyal to the  resigned president, Hadi, the statement added.

Meanwhile, 19 television and radio stations were destroyed, and 28 broadcasting masts were targeted.

The Saudi-led military operation that attacked Yemen, leaving 2,641 educational centers were destroyed , leaving 2.5 million students are able to bring to schools and universities.

660 food storages and 200 food factories of the agricultural sector were destroyed by Saudi-led airstrikes.