Ministry of Fisheries condemns coalition’s attack on fishermen in Hodeidah 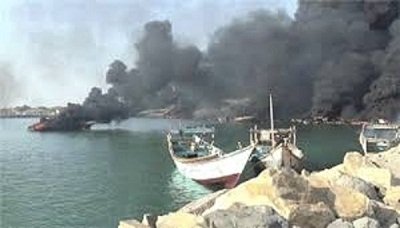 In a statement, the Ministry condemned the continuation of the coalition in targeting fishermen and their livelihoods in violation of Sweden’s agreement on Hodeidah, which is overseen by the United Nations.

The statement called on the United Nations team present in Hodeidah to declare a clear position on what the coalition committed crimes against the right of the Yemeni people, including the massacre of fishermen.

The statement also called on the United Nations and its humanitarian organizations to shoulder their responsibility to press for the cessation of aggression and the lifting of the blockade.