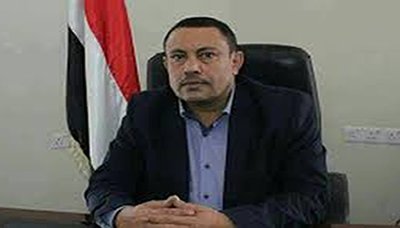 SANAA, Oct. 8 (YPA) – Information Minister, Abdul Salam Jaber stressed on the importance of enhancing role of the national media to confront economic war launched by the Saudi-led coalition on Yemen.

During his meeting on Monday with the heads and representatives of media institutions and sectors, the minster praised the media role in mobilizing energies and unifying efforts to deter the coalition’s propaganda.

Jaber touched upon the necessity to hold the ongoing meetings to media institutions to discuss for raising the media message and convey the Yemeni people’s grievance to the international public opinion.