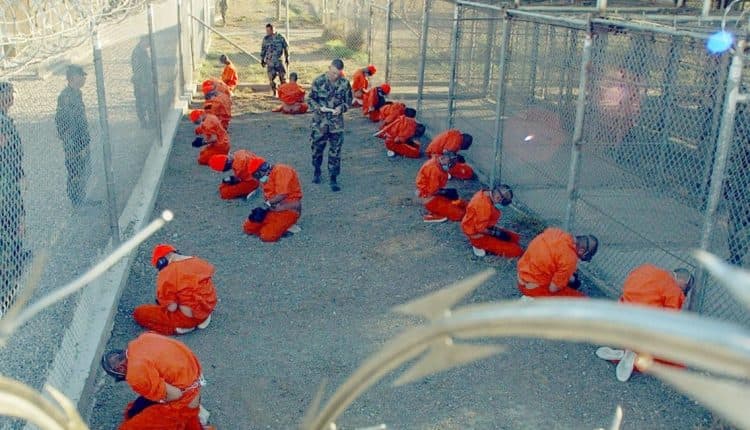 The American Center for Justice announced the arrival of the detainees returning from Guantanamo on an Emirati plane to Mukalla Airport, where they are expected to be released.

In a brief statement, the center welcomed the UAE’s release of these detainees, who were transferred from Guantanamo five years ago to the prisons of the Gulf state, as part of an initiative by the former US president to close this notorious prison.

The statement called on the Saudi-led Hadi government “to take care of the detainees and provide them with safe shelter, job opportunities and the requirements of a decent life.”

In 2015, the UAE transferred 18 Yemeni detainees from the American prison and received them based on an agreement with the US government to “rehabilitate” them.

This is what coalition weapons made..’Mohammed, Nasser, Amna, and Abeer,’ brothers with falling-skin faces