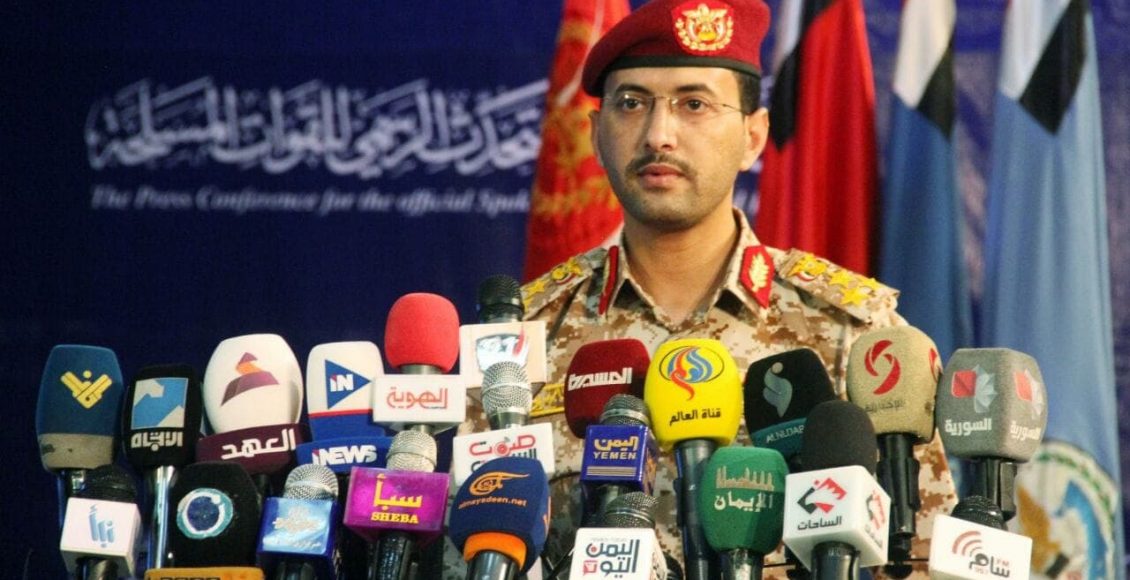 SANAA, Oct. 12 (YPA) – Spokesman of the Yemeni Armed Forces, Brigadier General Yahya Sarie, on Tuesday sent a warning message to the military leaders in the ranks of the Saudi-led coalition against any futile attempts to incite and sabotage in Marib province.

This came during a news conference held in Sanaa to reveal the details of the “Fajr Al-Intisar” operation that launched by the army forces to liberate large other areas in Marib province.

Brig. Gen. Sarie called on “all citizens in the city of Marib to contribute to maintaining security and stability and not to be drawn after propaganda promoted by the coalition media and mercenaries.

He added, “The army forces and popular committees will stand united with Marib tribes for enhancing and stability the security of Marib province.”
The spokesman affirmed that the armed forces, in view of the responsibility entrusted, as they are in the process of liberation and purification, call upon everyone to deal with a moral and national responsibility with the upcoming developments.

Sarie said the army forces, in implementation of the leadership’s directives, would work to secure everyone, including the mercenaries who left fighting in the enemy’s ranks.

He went on to say, “We are facing a new stage in which we aspire for all Yemenis to engage in the battle to liberate the country and craft the future that keeps the independence and freedom, and refuses guardianship and dependency.

The spokesman concluded the press conference by emphasizing that “the armed forces, along with all the free people, are moving towards liberating all the lands of the republic until achieving freedom and independence.