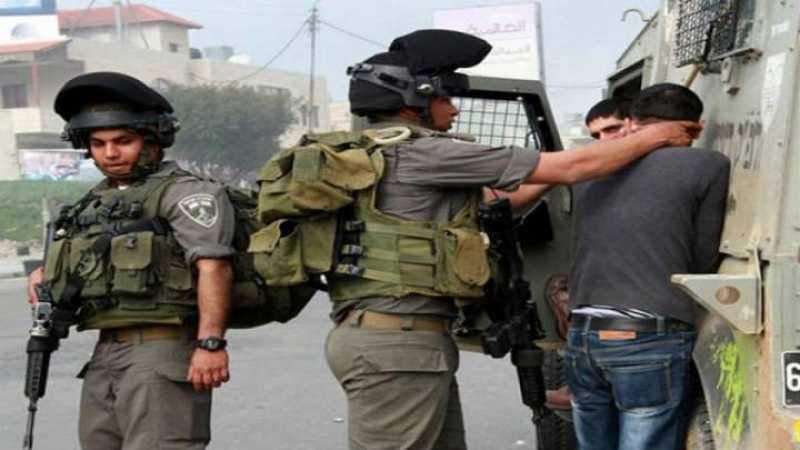 According to Palestinian sources, enemy forces stormed the Jalazone camp north of Ramallah at dawn and arrested a young man amid violent clashes with youths.

In the context, enemy forces arrested a young man from the town of Beit Sera, west of Ramallah, and transferred him to an unknown destination.

According to the Prisoners’ Information Office, the Zionist  forces arrested a young man after breaking into his home in Jericho.

Meanwhile, Palestinians targeted the occupation forces at the entrance to the town of Azzun, east of Qalqilya, with a homemade package of “elbows”.

In occupied al-Quds, youths fired fireworks at the Beit Hoshen settlement on the land of the town of Al-Tur.

Enemy forces also arrested three young men during raids in the town of Ya’bad, south of the northern West Bank city of Jenin.

Clashes broke out in the town, which has been witnessing ongoing clashes with enemy forces, which also closed an agricultural road in the town yesterday, the sources added.