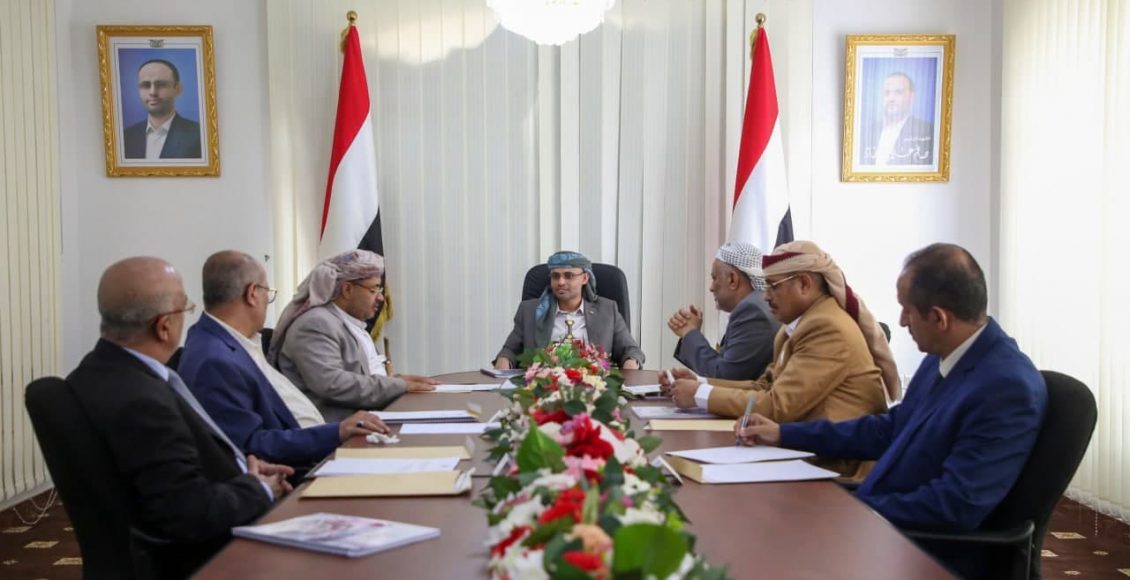 SANAA, Jul. 14 (YPA) – Supreme Political Council in capital Sana’a has  reviewed the role of the United Nations and assessed the performance of the UN envoys for Yemen.

This came during a meeting held on Tuesday, chaired by President Mahdi Al-Mashat,

The Council called for not repeating the failed experiences of international envoys, stressing the importance of the UN envoy to Yemen performing his role and his basic mission and not turning into a messenger siding with the US-Saudi aggression under US pressure.

The Supreme Political Council indicated that the Yemeni people are tired of the American plots against them and the false calls for peace. It stressed that the ongoing mobilization and attempts to escalate, which the aggression is preparing for on a number of fronts, will be doomed to failure.

“No force will be able to break the will of the Yemenis, who are moving steadily towards sovereignty, independence, and the liberation of Yemen’s land and nation,” it added.

The meeting touched on the deteriorating economic situation experienced by the occupied governorates as a result of the irresponsible economic measures of the pro-aggression government, most notably the repeated printing of counterfeit currency. The Supreme Political Council expressed its sympathy with all the sons of the homeland in the occupied governorates affected by the deterioration of the currency.

The coalition of aggression used the process of printing and counterfeiting the local currency as a major weapon in the economic war it is waging against the Yemeni people. The aggression prompted the pro-aggression government to print and counterfeit more than 5.32 trillion riyals without a cash cover, causing the largest deterioration in the cost of the local currency. Sana’a, however, was able to limit the effects of this conspiracy, by preventing the circulation of counterfeit banknotes in the areas under the control of the Supreme Political Council.