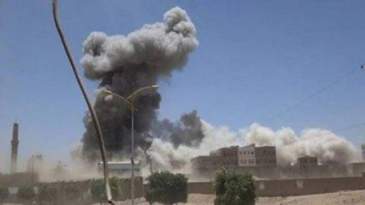 HODEIDA, Feb. 25 (YPA) – The Saudi-led coalition forces committed 214 violations of the Sweden Agreement in Hodeida province during the past 24 hours, the operations room to monitor violations in the province announced on Thursday.

The violations also included the flight of 13 spy aircraft in the airspace of Hodeida city and Al-Tuhita and Al-Durayhimi districts and over Kilo 16, Al-Jabaliya and Al-Faza areas, as well as 42 breaches with firing 532 artillery shells and 151 breaches with various bullets.