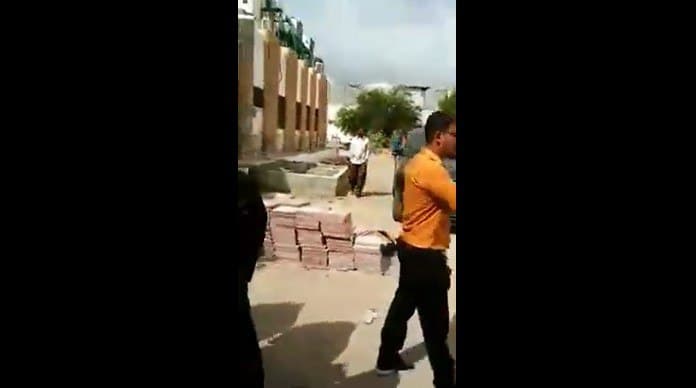 ADEN, Feb. 2 (YPA) – A video has been published on Tuesday by social media activists showing dozens of the postal employees in Aden expelled the Director General of Post in Yemen’s southern city of Aden.

The employees of the post expelled, in a protest rally, the director Lamia Lamia Majour appointed by the governor of Aden, after angry protests that lasted for weeks.

The employees held slogans and banners demanding Majwar to leave her position in the post.

Earlier, Lamia Majour was appointed as a general director in force by Aden governor Hadi Lamlas appointed by the Saudi-backed Hadi’s government, which led many employees to organize several protest rally demanding her to resign.

Coalition forces assault protesters against abduction of women in Marib