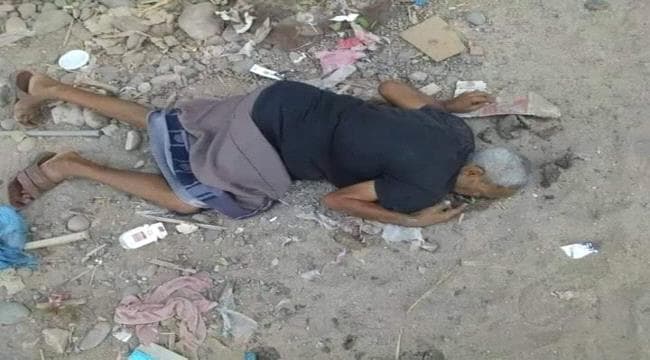 ADEM, Jan. 14 (YPA) – A body of the unidentified dead citizen was found on Thursday by residents in Yemen’s southern city of Aden, according to sources.

The sources affirmed that the young man found was killed and thrown near one of the residential buildings in Anma city of al-Buraiqa district.

Early this week, this second accident came after the body of the young man, Ahmed Al-Kathiri, was found dead inside his house, in Al-Saada neighborhood in Khor Maksar city of Aden, after being beaten and stabbed.

The city of Aden has seen assassinations and kidnapping operations, amid insecurity that poses a real threat to the residents’ lives in the city since mid-2016.