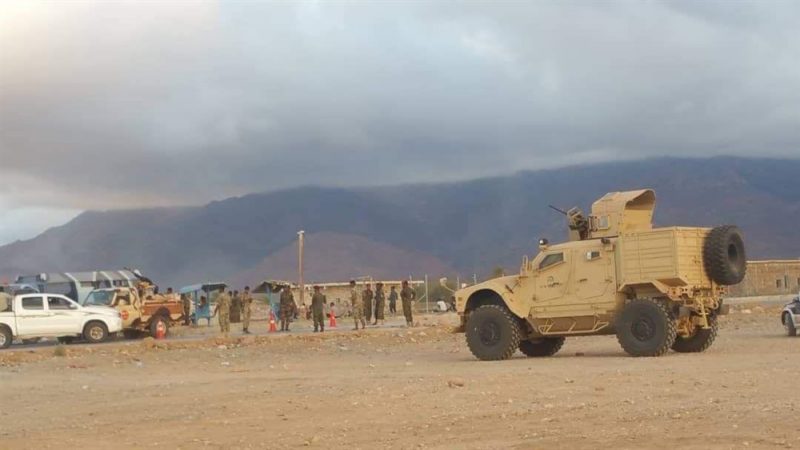 SOCOTRA, Dec. 23 (YPA) – The United Arab Emirates occupation (UAE) on Wednesday established a new military post west of Socotra, Yemen, as part of its efforts to militarize the island at the intersection of the Arabian Sea and the Indian Ocean.

The commander of the so-called 1st Marine Brigade, Abdullah al-Soqadri , and the head of the interim, Rafat al-Thaqali, who is based in the UAE, open the Sha’aob area west of Socotra as a military site in preparation for the start of foreign experts to install radar and spy devices in this area.

This area is the most important naval observation point, according to local residents.

The launch of the new site came on the eve of the Israeli broadcasting company’s confirmation of the arrival of an Israeli submarine in the waters of the Gulf.

It also came  a day after the so-called the commander of the Coast Guard in Hadi forces, Hadi Khaled al-Qumali has met with Samuel Paparo, the  Commander, US Naval Forces Central Command in the Saudi capital Riyadh.

The meeting is seen as part of arrangements for the reposition of an Israeli position on the island, which since the announcement of Israeli normalization with the United Arab Emirates, has witnessed intensive movements to militarize it by the two countries aspiring to acquire its strategic and economic capabilities.

#Breaking: The international campaign to lift siege of #Sanaa_International_Airport and the Ministry of Transport hold their first event under the slogan “The Yemeni people and the free world demand the opening of Sanaa International Airport”