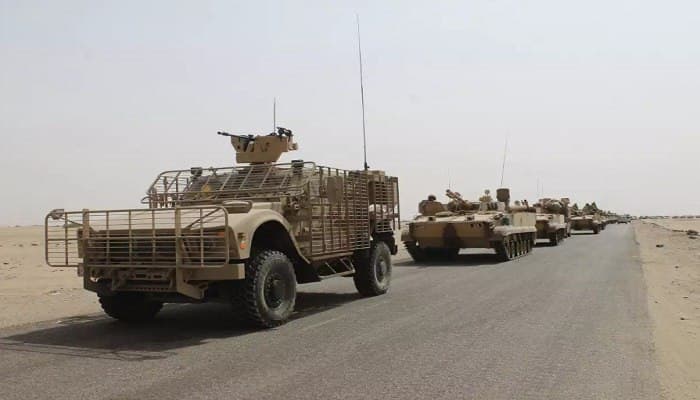 HADRAMOUT, Dec. 1 (YPA) – The Saudi military reinforcements left during the past hours, from Al-Wadia crossing in Hadramout, eastern Yemen.

According to informed sources, the reinforcements, including more than 150 armored vehicles and tanks and specific weapons left Hadramout province to the provinces of Aden and Abyan.

The sources suggested that the military reinforcements would be handed over to Islah Party militants, who have fought confrontations with the UAE-backed Southern Transitional Council (STC)’s militia in Abyan.

Meanwhile, military observers believe that the Saudi reinforcements may be aimed at arming the so-called “Ansar al-Mahdi Organization,” one of the terrorist organizations, which are stationed in Shaqra and Al-Araqoub areas of Abyan.