Over 7000 children killed, wounded in coalition’s airstrikes on Yemen 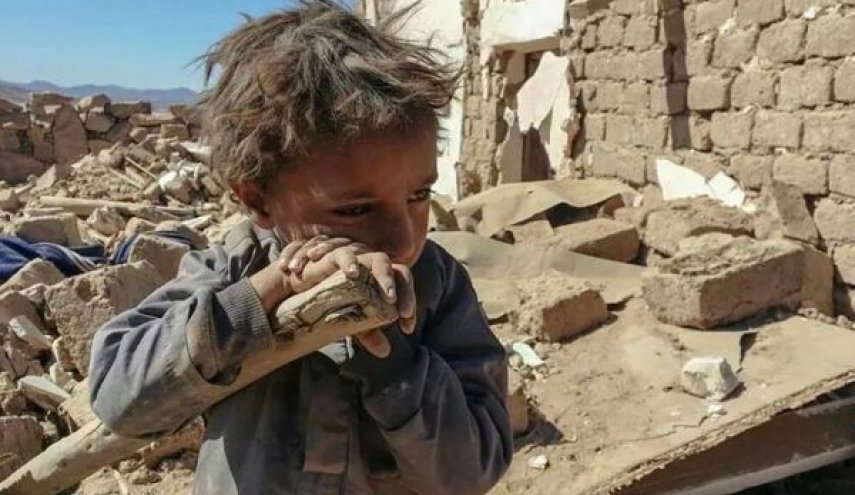 SANAA, Nov. 22 (YPA) – The Supreme Council for Motherhood and Childhood confirmed that more than 7272 Yemeni children were targeted by the US-Saudi aggression, among them 3468 were killed and 3804 were wounded children, most of them with permanent disabilities.

In an event on the occasion of “World Children’s Day,” the Prime Minister, Dr. Abdulaziz bin Habtoor said that the aggression killed children with excessive brutality in schools, homes, hospitals and everywhere, indicating that the aggression wanted to break the morale of Yemenis, but it did not succeed.

He added that Saudi Arabia has opened its airspace for enemy’s aircraft (the Israeli), but it has prevented the children of Yemen from going out for treatment, stressing that if the Yemenis are defeated in this battle, no Yemeni inside or outside will escape from oppression, “We have no choice but to resist,” he said.

Akhlaq al-Shami, Head of Council for Motherhood and Childhood, holds the aggression legally and ethically responsible for crimes against children.

She also denounced the United Nations’s removal of the US-Saudi aggression from the blacklist calling for listing it back, and a serious investigation of all crimes committed in Yemen.