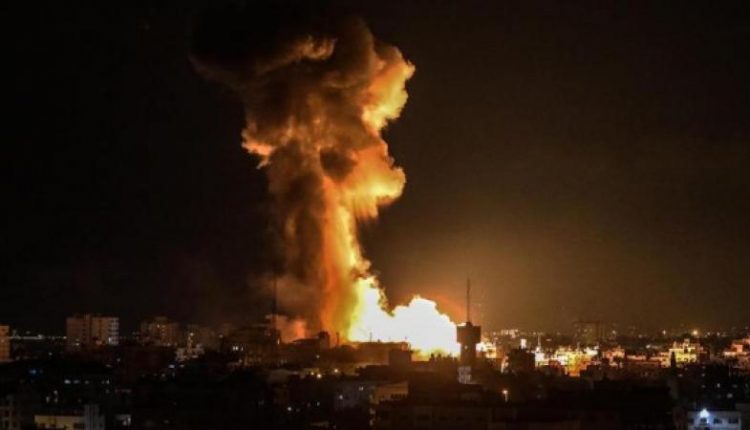 SANAA, Nov. 22 (YPA) –  The Israeli enemy aircraft on Sunday launched a series of raids on separate areas in the Gaza Strip.

Palestinian sources reported that the helicopters targeted the marine site of the resistance, west of Gaza City, with at least three missiles, and bombed the resistance observatory in the east of the city.
The warplanes attacked the Badr Resistance site, southwest of Gaza City, with two missiles.
The occupation warplanes bombed a site belonging to the resistance, west of Khan Yunis, and another site between the governorates of Khan Yunis and Rafah.
For his part, the spokesman for the occupation army said that the army’s warplanes and helicopters targeted underground infrastructure belonging to the Hamas movement, in response to the launch of a missile from the Gaza Strip earlier, as he put it.