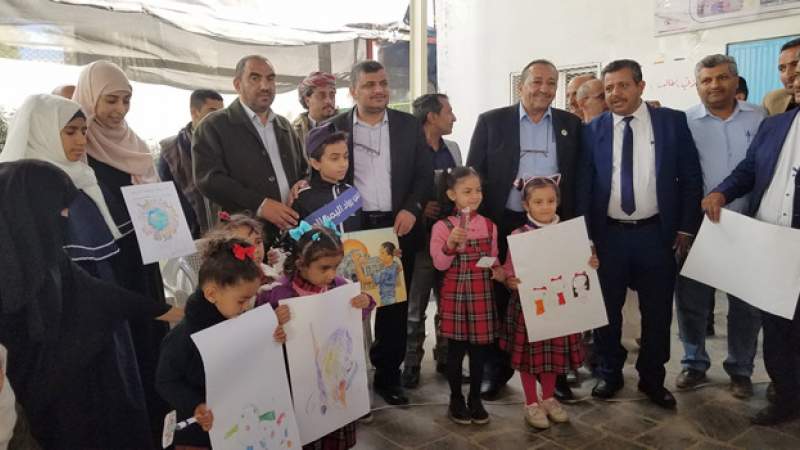 SANAA, Nov. 19 (YPA) – The Ministry of Education launched the activities of the International Children’s Day, which falls on November 20 of each year, under the slogan “Your silence is a war crime,” referring to the world’s disregard of the US-Saudi crimes against Yemeni children.

The Education Sector Undersecretary stressed the importance of exposing the direct and systematic targeting of Yemeni children by the Saudi-led aggression.

He added, “On November 20, the countries of the world celebrate the International Children’s Day, which its first goal stipulates that all children should be enrolled in schools, that they be safe from harm, and are able to fulfill their potential and dreams, while the children of Yemen have lost their lives and bloodshed as a result of the aggression, targeting their schools for the sixth year in a row.”

“Our children, despite the arrogance of the aggression, continue with unparalleled courage to teach them on the rubble of their schools, under trees and in tents, affirming thus to thwart the aggression plans aimed at ignoring them by depriving them of their right to education,” he added.

He pointed to the importance of documenting the brutal violations of the US-Saudi aggression for Yemeni children’s rights, pointing to the massacres caused by the aggression’s airstrikes, “by directly targeting our students, in their schools and on the roads.”