Tens of thousands evacuated due to fires in California, USA 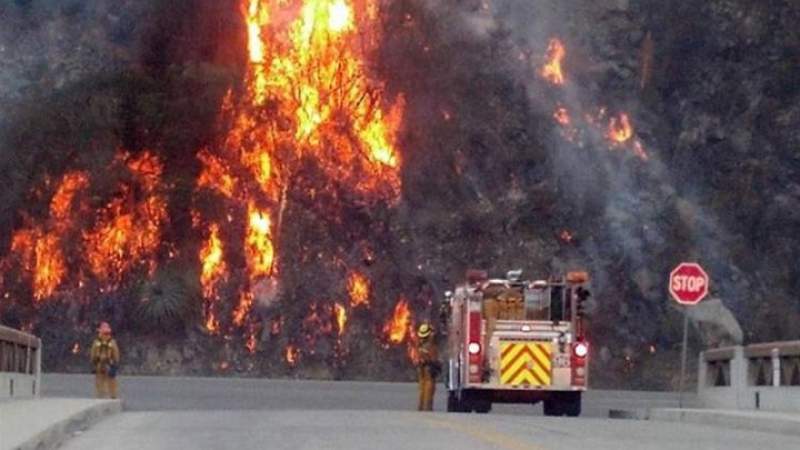 SANAA, Oct. 27 (YPA) – Rapidly spreading wildfires have seriously injured two American firefighters and forced more than 60,000 residents in Orange County, southern California, to evacuate in heavy winds.
According to Xinhua, a fire dubbed the “Silverado Fire”, which broke out on Friday morning in the Santiago Canyon Road and Silverado Canyon Roads, spread to more than 7,200 acres (29.1 square kilometers) in hours, according to the Orange County Fire Service.

A total of 500 firefighters are struggling at the scene in intermittent winds that can reach between 96 km and 112 km per hour, and officials said air support was halted due to the high winds.

The Orange County Fire Service said on Monday that two firefighters were seriously injured while fighting the fires at noon, and both had second and third degree burns and were now intubated in the intensive care unit.

Irvine mayor Christina Chia said in a statement that at least 60,000 people have been evacuated.

A second fire, dubbed “Blue Ridge Fire,” broke out at noon over an area of ​​1,120 acres (4.5 km) without any containment until Monday evening.

A total of 1,651 homes were affected by the fire, including 1,170 homes under eviction orders and 481 homes under voluntary evacuation, according to the Orange County Fire Service.

Rabbi: Jewish life is flourishing in some Gulf countries