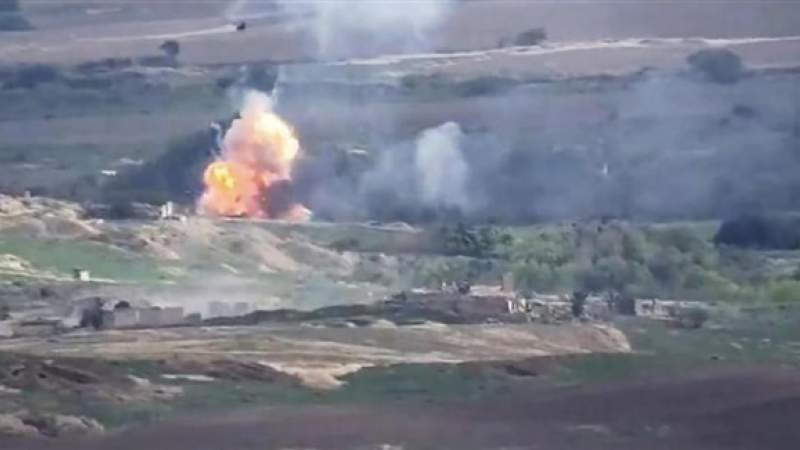 SANAA, Oct. 25 (YPA) – The Ministry of Defense in the Karabakh region announced that 36 of its soldiers were killed during the clashes with the Azerbaijani forces, on the other hand, the Azerbaijani forces announced that they had achieved territorial gains, including full control of the border with Iran, which Armenia denies.
Clashes between Azerbaijani and Armenian forces renewed in the Nagorno-Karabakh region, which undermined the collapse of two Russian-brokered ceasefire agreements and expectations for a speedy end to the fighting, which broke out on the 27th of last September.

The Ministry of Defense in the region announced that the number of Armenians killed since the start of the fighting increased to 963, after 36 more people were killed.

Azerbaijan also announced that a 13-year-old Russian boy died after being wounded in a missile attack on the city of Ganja, and added that 65 civilians were killed, while dozens of others were wounded, without announcing the number of casualties among the military.

Azerbaijani forces say that they have made gains on the ground, including full control of the border with Iran, which Armenia denies, and Armenian regional officials say that their forces repelled a series of Azerbaijani attacks.

For his part, Azerbaijani President Ilham Aliyev said that his country is ready to sit at the negotiating table, but he accused Armenia of being responsible for the continuation of hostilities, and made clear that his country is ready to stop the fighting, accusing Armenia of flagrantly violating the ceasefire, and threatening that if Armenia does not stop, it will continue His forces fight until the liberation of all occupied territories.

For its part, the Armenian Foreign Ministry said that the Azerbaijani aggression poses a great threat to the security of the region.