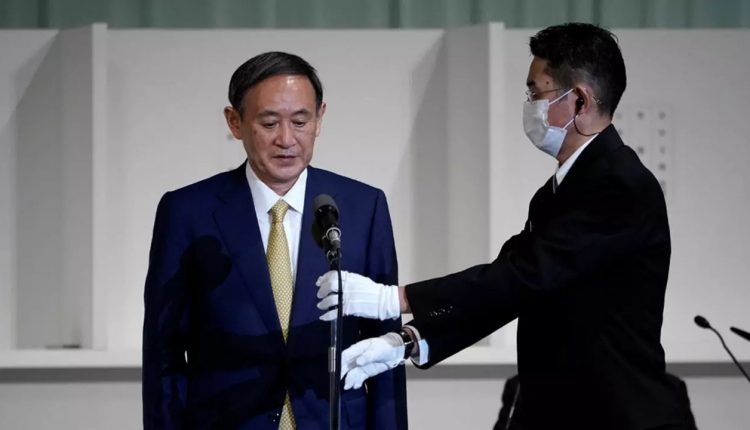 SANAA, Sept. 16 (YPA) – Yoshihide Suga has been elected Japan’s new Prime Minister following a vote in the country’s Parliament on Wednesday, becoming the country’s first new leader in nearly eight years as he faces a set of challenges, including reviving the economy affected by the “Covid-19” crisis.
The vote was broadcast live on official television on Wednesday, with Suga obtaining 314 votes out of 462 valid votes.
Suga was the chief cabinet secretary in the cabinet of outgoing Prime Minister Shinzo Abe and voted for his election in the House of Representatives, where the ruling Free Democratic Party is majority-owned.