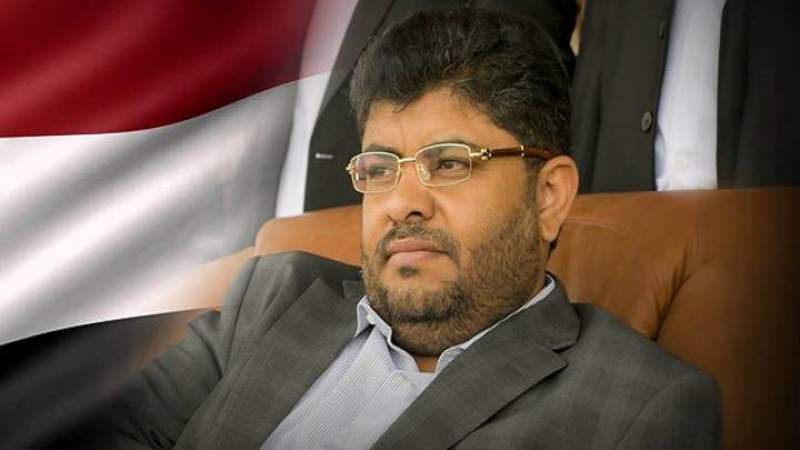 SANAA, Sept. 16 (YPA) – Top member in the Supreme Political Council, Mohammed Ali al-Houthi confirmed that today is a day of difference in which history writes down steadfastness of Yemenis for 2,000 days facing Saudi-led aggression and shame on those who have normalized with Zionist entity in Washington,

“After 2,000 days of aggression, Yemen today represents pride and defense line against tyrants, America and Israel,” Mohammed al-Houthi said, noting that the Yemeni people “have a real, wise and strong leadership.”

He added: “The Emiratis, Saudis and those with them bow their heads in shame for Zionists, and fight our people who have not attacked them.”

Al-Houthi pointed out that Yemen sees in regimes that (had normalization) a farce, disappointment, humiliation and revenge on the issues of the nation, especially the Palestinian issue.

Mohammed Ali al-Houthi advised the countries that are open to normalization with Israel to retreat back from this Humiliation and degrading step.

He called on them to “be peaceful with at least with the people of their nation’s stressing that today’s these countries  do not represent Islam and Arab principles, but rather the worst forms of decadence.

Al-Arouri: Normalization is an unfortunate event and a sad day for the Arab and Islamic nation