Video: Operation of liberation of Qaifah in Bayda 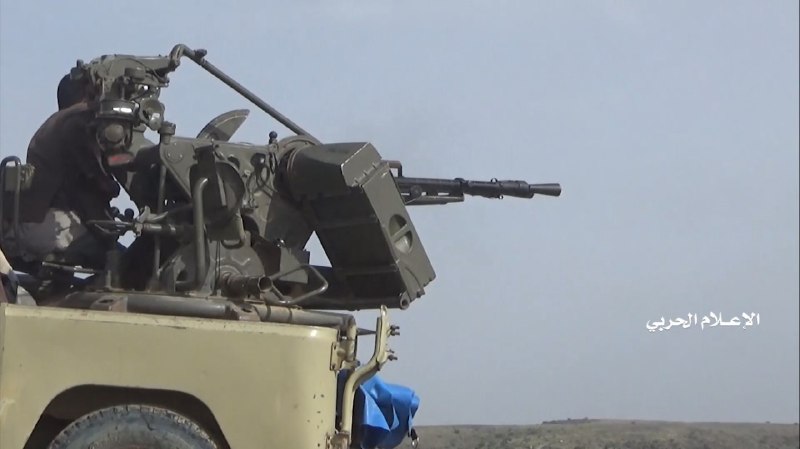 BAYDA, Aug. 28 (YPA) – The  Military media of the Yemeni Army and popular media on Wednesday released a new video footage for liberation of  Qaifah district  al-Qaeda and Daesh (ISIS) terrorist elements tand taken control over  their strongholds in Bayda province.

The footage showed moments when army personnel and popular committees marched on BMB vehicles and a number of military pickups and tanks, and infantry units marched towards al-Qaeda strongholds and schools.

The incursions began from the “Nofan” strategic mountain, which overlooks large areas and control the rest of the sites in the area by fire.

After the combing operations, the clash with the “terrorist” elements began from a distance of zero, according to the military media.

The scenes showed Daesh and al-Qaeda elements fleeing the battlefield, as army and popular committees advanced to the “remaining positions as planned” and after arriving at the mountain tops, they brought down the flags of these elements.

The scenes highlighted the extent of preparation for ISIS and al-Qaeda elements and large combat fortifications in addition to the rugged terrain of the area and the difficult terrain, and support for coalition air strikes, which confirms the extent to which these elements are linked to the coalition.

Moreover, huge amount of Saudi Money provided  to ISIS and al-Qaeda members was also found under the name of “the guests of king Salman bin Abdulaziz Al Saud Program”.