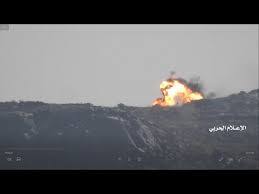 The video shows the army forces firing rocket missiles at the armoured vehicles in the al-Abdiya and Mahliya districts.

Coalition pulls al-Qaeda, ISIS operatives to Marib after their defeat in Bayda