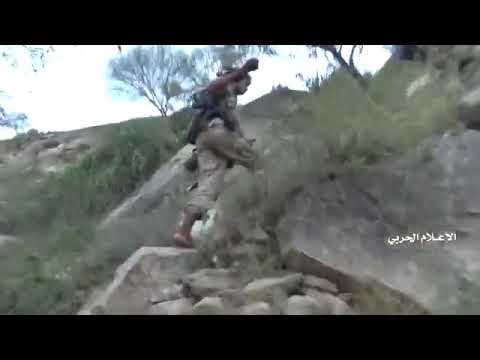 NAJRAN, June 22 (YPA) – The military media of unit of the Yemeni army and popular committees on Sunday released a video footage showing the army forces launching an offensive on sites of Saudi-led coalition in Jizan region.

The video showed the army forces attacking the Saudi sites in Na’ashaw center .

According to the military media, the enemy forces have suffered heavy losses during the attack.

#Breaking: Oil Minister: Saudi-led coalition is holding 15 ships of oil and diesel, 3 of mazut and 3 of domestic gas, and preventing their entry to Hodeidah port