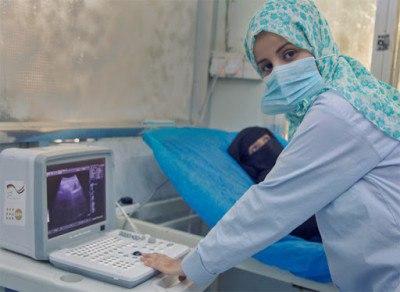 The committee said, in a brief statement on its account on Twitter, that 14 new cases of Covid-19 were recorded in Hadhramaut, including six deaths, and eight cases in Lahj, including one death, as well as four cases in Abyan and one in Aden.

According to the committee, the total number of confirmed coronavirus cases in Yemen since April 10 had risen to 310, including 77 deaths and 13 recoveries.

On other hand, Minister of Public Health and Population Dr. Taha al-Mutawakkil confirmed that the rate of recovery from Coronavirus (COVID-19) in Yemen amounts to more than 80 percent of the cases that appeared in the capital Sana’a and a number of provinces.

“We deal with patients out of their human right to care, not as stock market figures, which the media are racing to report,” he said during an expanded meeting held in Sanaa.

He added that “there is media terrorism that turned the disease into a stigma, and this matter was supported by a malicious media policy that ignores man and turns it into a number for bidding.”

According to al-Mutawakkil, the complete closure proved its mistake at the global level and now the countries have started to ease the procedures of closing and returning to normal life.