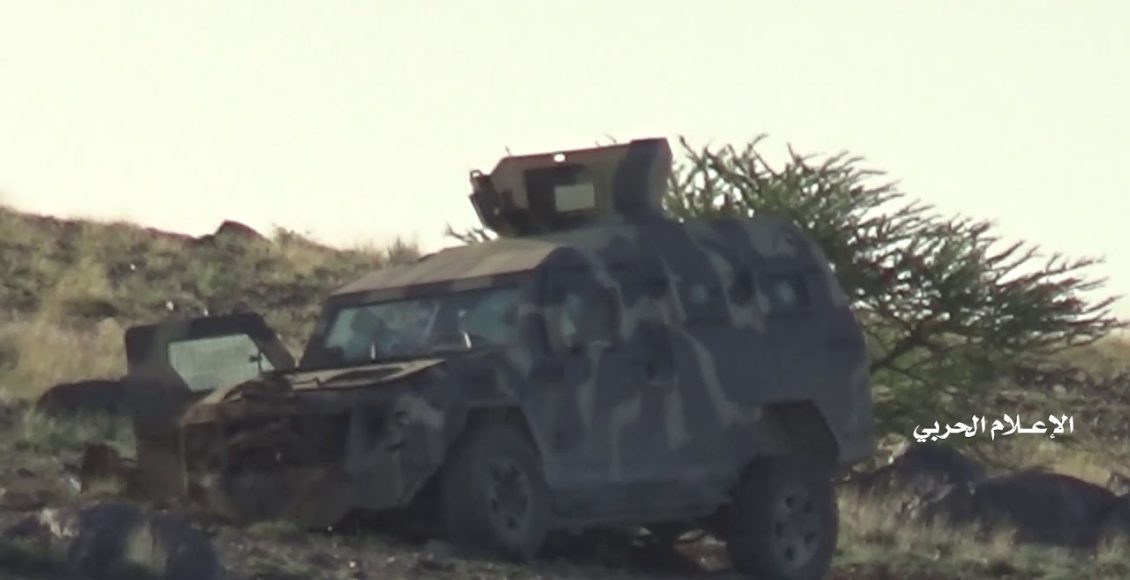 BAYDA, May 15 (YPA) – The military media of Yemeni army and Popular Committees has released video footage showing the Yemeni army regaining control over positions that were controlled by Saudi-led coalition forces overlooking the Qaniya market in Bayda province.

According to the military media, the army forces bombed positions and fortifications of the mercenaries with artillery strikes.

The scenes showed the burning and destruction of a number of mercenary vehicles and fortifications, amid a mass routing of the mercenary forces.

The footage furthermore showed the progress of the army forces towards enemy positions and regaining control of several hills due to the rapid collapse of enemy groups.

The enemy forces have suffered heavy losses in lives and equipment, despite the air cover they had during the attack.