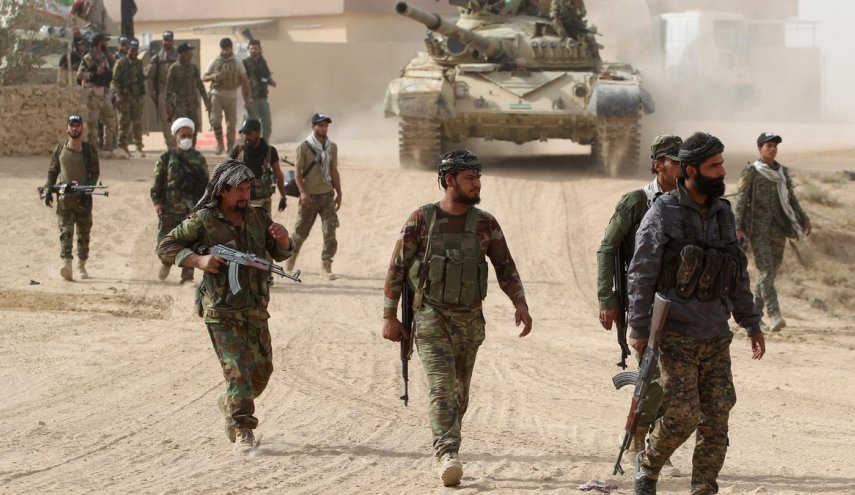 SANAA, March 30 (YPA) – The Anbar Operations Command announced on Sunday that it had repelled an attack launched by Wahhabi group “Daesh” on the Okashaat area in western Anbar province.

“The 18th Brigade of the Popular Mobilization Forces ( PMF) were able to repel a number of terrorists who tried to attack the sectors of the popular mobilization, and forced them into retreat,” Anbar Operations Commander Ahmed Nasrallah said in a statement.

Nasrallah added that “the attack wounded two border guards and several members of the Popular Mobilization of the 18th Brigade.

He confirmed that the enemy used a number of mortars and medium and light weapons, but fled deep into the desert after the strong response by  the Popular Mobilization forces.