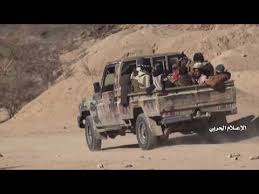 The video is a part of the Operation of Al-Bunyan Al-Marsous, in which Yemeni army and popular committees were able to liberate the whole region of Nihm in addition to some areas in Marib and Jawf provinces.

This video showed the Yemeni forces liberating the strategic area of al-Aqaba in Jawf province.

The scenes showed the progress of Yemeni Army units while storming the sites of the mercenaries of aggression and chasing dozens of Saudi mercenaries as they flee.

The scenes revealed new details of dozen Saudi  armored vehicles and military vehicles while they were seized in ambushes by the Army’s Engineering Unit.

Dozens of these armored were burned and others were pulled out of the battleground to be used in the future against the US-Saudi forces.

The scenes also showed the Army’s ethical treatment of wounded or war prisoners of mercenaries who surrendered.

Coronavirus deaths rise to 1,113 in China

Yemenis’ celebration of Prophet’s birth embodies their adherence to…