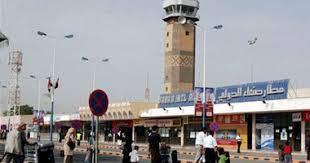 SANAA, Feb. 6 (YPA) – The European Union (EU) on Thursday considered medical airlift flights out of Sanaa airport as a positive step towards achieving peace in Yemen.

The UN said in a statement that the step held hope for thousands of Yemenis needing urgent medical care and cannot reach other countries’ airports because of the war.

The UN stressed its commitment to support the political solution sponsored by the UN Envoy for Yemen, Martin Griffiths to achieve a sustainable peace in Yemen.

On Monday, the first medical flights carrying patients started to launch from Sanaa airport to Amman and Cairo, after a closure for mostly five years.

The Saudi-led aggression coalition has been imposing the strict siege on Yemen, especially Sanaa international airport since 2016, which resulted in the death of hundreds of Yemeni patients and exacerbated the suffering of the Yemeni people.

Childhood in southern provinces between horror and unknown future !!