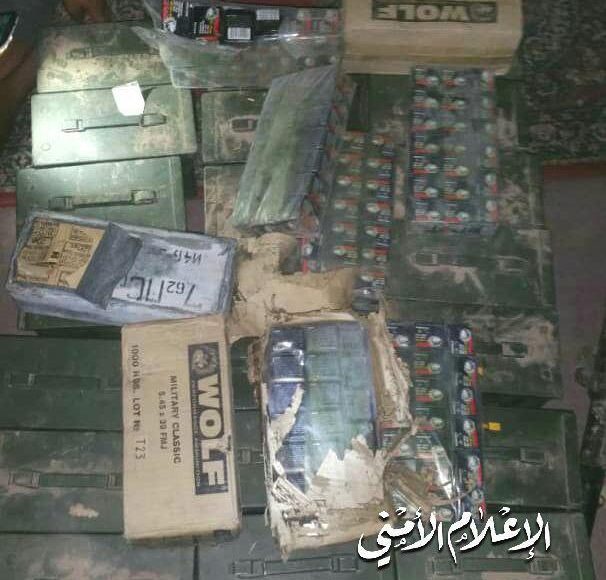 SANAA, Dec. 12 (YPA) – Ministry of Interior announced in a statement on Thursday that the security services were able to seize a criminal cell of the Saudi-led aggression coalition in Dhamar province.

The ministry said that two security men were killed when the cell open fir towards the security services in al-Masaqarah area of al-Hada district.

It explained that the security forces raided dens of the cell and arrested a number of members of the cell.

The statement affirmed that cell was planning in an attempt to carry out subversive, criminal acts and spread of chaos, as well as to destabilize security and stability in the province.

The security services affirmed that it would spare no effort in preserving security and stability, and thwarting the aggression’s plans and its mercenaries, It added.